We're all familiar with the term "breaking the seal", but for those who are not, it has nothing to do with getting the slippery buggers to confess. God knows the water-boarding doesn't work. Of course, it is the point in which you first take a pee after a round of drinks, and thereafter are peeing every 15 minutes for the rest of the night like it’s your job. Typically, it’s a real pain in the arse —the exact process one would never, ever expect to end up saving your life.

But, lo and behold, a Slavic gentleman named Richard Kral was driving through the Tatra mountains five years ago when his Audi was swallowed up by an oncoming landslide (serves him right I say for driving on a ski field). 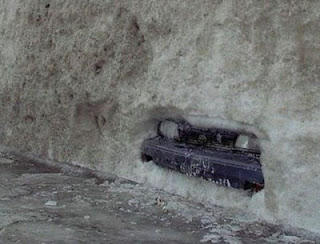 Kral, realizing that digging his way out required more room for snow than his car offered, made use of all the beer he had stocked in his back seat by drinking it like there was no tomorrow (well, for him there wasn't) by pe
eing on the snow piles he packed under his windows to melt them. Blessed with intelligence from training his brain to kill only the weak brain cells by drinking lots of beer (therefore making his brain smarter in the process through survival of the fittest brain cells), he correctly deduced that drinking the beer would have the energy (beer's gift) from the beer metabolised into energy hence warmth, thus melting the snow where the beer alone would not. Why take a course in physics when beer will achieve the same with no more effort than repetitious elbow movement and subsequent manly belching??

Anyway, after a long, arduous, woozy drink and piss session, Kral eventually tunneled his way to freedom. Rescuers managed to find him on the same mountain four days later, kidneys hurting, still as drunk as Oliver Reed at a movie launch after-party.

As the immortal Homer Simpson once said "Is there anything beer can't do?" 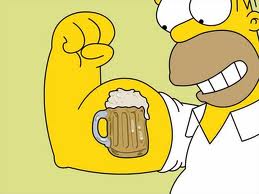